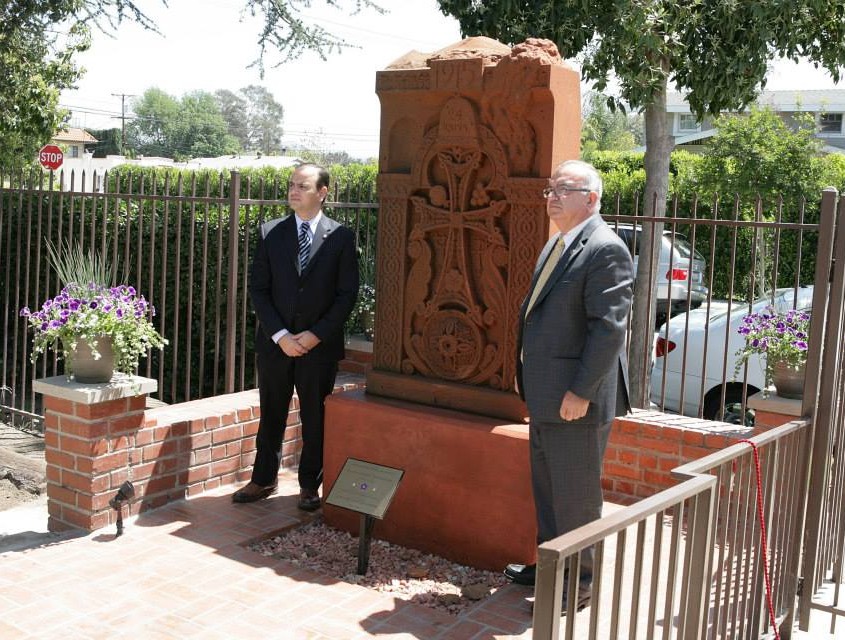 On April 18 the Armenian Evangelical Brethren Church (AEBC) of Glendale, CA held an outdoor ceremony for the unveiling and dedication of the Armenian Genocide Centennial Khachkar. The one and a half hour service featured live music by the “Armenia” String Quartet, conducted by Armen Mangasaryan. 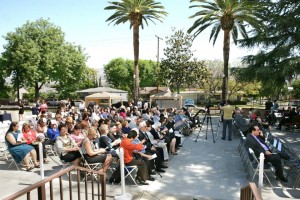 Mayor Sinanyan and Rev. Dikran Shanlian, Senior Pastor of AEBC, unveiled the Khachkar. As a tribute to the martyrs and a symbol of generational unity, a floral wreath was placed at the foot of the Khachkar by Lucine Yardumian and young Naré Asatryan. After closing remarks by Rev. Shanlian, the congregation sang the Lord’s Prayer (Hayr Mer) and Rev. Abraham Chaparian offered the Benediction. At the conclusion of the service, those in attendance were each given a single white rose to place in front of the Khachkar as the quartet played a beautiful postlude. Everyone also received a forget-me-not brass pin and a forget-menot embroidered souvenir. Refreshments were served outdoors after the service.

Among the dignitaries in attendance were Glendale City Councilman Ara Najarian, Glendale City Councilwoman Paula Devine, and representatives from the offices of Senator Adam Schiff and Los Angeles Councilman Paul Krekorian. Many Los Angeles area clergy and community leaders as well as members of the Armenian press were also present. The Centennial Khachkar was funded by the collective donations of friends and members of the Church and carved by craftsman Gaspar Gharebyan. The stone itself was imported from Armenia and carved in Glendale, CA. The dedication service was organized by Hakop Hovanisyan and Sevag Shanlian and volunteers from the Church served as greeters and ushers.

The Armenian Centennial Khachkar monument stands near the main sanctuary entrance facing west as a memorial to the 1.5 million Armenian Martyrs who perished during the Armenian Genocide. “These stones shall be to the people […] a memorial forever.” Joshua 4:7 The Armenian Evangelical Brethren Church was founded in 1925 in Los Angeles, CA and has been in Glendale since 2006. The Church celebrates its 90th Anniversary this year. 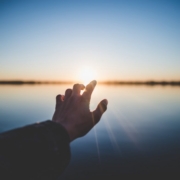 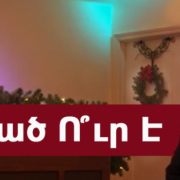 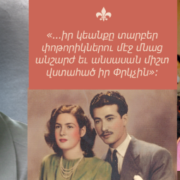 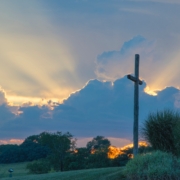 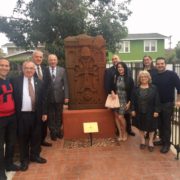